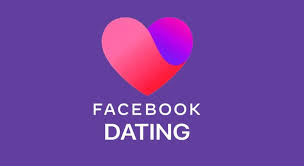 Do you use Facebook? If so, you might have seen those ads for dating websites. You know, the ones that say things like " Find your soulmate on our site!" or " Connect with singles in your area!" Well, it turns out that there is a dating feature on Facebook that allows you to do just that. Dubbed "Facebook Dating," this feature allows you to create a dating profile, search for other singles, and connect with them. Sound intriguing? Keep reading to learn more about Facebook Dating!

Facebook Dating was announced on May 1, 2018. It is only available to some users right now. If you are not included in the first round of testing, don't worry! Facebook promises that they will continue extensive user testing before releasing it to everyone on the social network.

So there you have it! Seven things you should know about Facebook Dating. Whether this is your first time dating or whether you're just looking for something casual

1. What is Facebook dating and how does it work?

The dating feature on Facebook is going to function similarly to the current Facebook experience. It won't be a separate app, but rather a separate tab within the main Facebook app that will open in your mobile browser. This means that you'll only be able to use it while you're logged into your account, which makes sense because you'll need to use your Facebook information to find potential dates.

When you open Facebook Dating, you'll be asked to create a dating profile. This will require you to answer some questions about yourself, including things like your gender, what you're looking for, and your interests. You can also add photos and other information about yourself, such as your job and education.

Once your profile is created, you'll be able to search for other singles. You can filter your results by factors like location, age, and interests. You can also see who has viewed your profile and who has liked it.

If you see someone you're interested in, you can send them a message. You'll also be able to see who has liked your profile and send them a message as well. If you were hoping to use the Facebook dating feature for making friends, too bad! At this point, it's just set up for finding dates.

In order to prevent harassment and spamming, you'll be able to block users from seeing your profile or messaging you if you don't want them to. You can also report any users who are acting inappropriately.

There are a few benefits of using Facebook Dating. First, it's a great way to meet new people. Second, it's easy to use. All you have to do is create a profile and start searching for other singles. Third, it's a quick way to find people who have similar interests as you. Finally, there are a ton of dating websites out there already, so if you're not a fan of Facebook, but want a dating app, you can just sign up for one of those instead.

Unfortunately, there are some drawbacks to this feature. First, it's only available on mobile browsers right now, so you won't be able to use it on desktops. Second, if you're not Facebook friends with someone, their profile will be hidden from your search results. This means that you may end up missing out on potential dates because of the way the feature is set up. Finally, it's not clear yet how Facebook Dating will be different from other dating websites. So, if you're already using a dating website, there's no real reason to switch to Facebook Dating.

There are a few things you can do to make sure your date goes well. First, be honest about who you are and what you're looking for in your dating profile. This way, the person you go on a date with won't be disappointed when they find out that things aren't going to work out between the two of you. Second, make sure you have realistic expectations. You're not going to meet the love of your life on your first date, so don't get too excited! Finally, be respectful of the person you're dating and don't do anything that would make them feel uncomfortable.

Facebook Dating is a relatively new feature that allows you to search for other singles using the Facebook dating feature. However, if you're looking for something spicier than just a date, you'll probably have to turn elsewhere.

Remember no matter if you're looking for love or just a fling, it's important to be safe and smart when you're online. Watch out for our upcoming Dating Tips blog post soon!

Others articles on blog