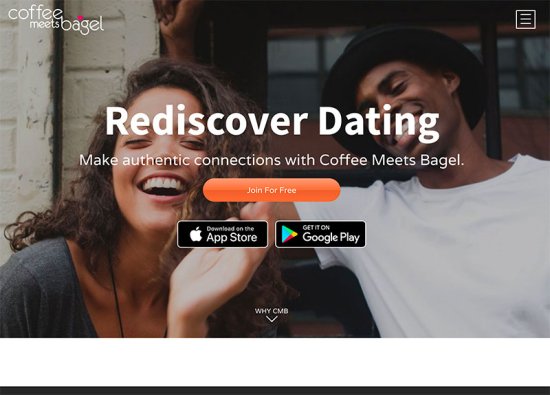 When it launched, Coffee Meets Bagel joined the crowded dating market with a free, fresh looking app and a new idea on how to improve the matching experience. Rather than going down the same route as other free, exclusively mobile dating sites like Tinder or Happn, they shook things up by putting the power of choice into the hands of its single female users.

The company states that “Dating has become an endless swipe of photos. To us, that isn't really dating, that's a huge waste of time.” The female-led approach means that users can still enjoy the modern mobile dating option, but from a slightly different angle. It's main draw for many is the fact that CoffeeMeetsBagel has basically set itself up as the less superficial, 'anti-Tinder' (despite it's simplicity, Tinder has been criticised for allowing physical attraction to determine everything). This approach has unsurprisingly worked well; in recent years, CoffeeMeetsBagel.com has gone from reasonable success in the US (including plenty of good reviews and write-ups by leading publications) to taking on the global market, with the UK dating scene one of it's main targets.

CoffeeMeetsBagel is available for Android and Apple UK mobile devices but unlike Tinder, doesn't show any signs of making it's experience available on laptops or desktops. It's a great looking app and there are plenty of success stories to go along with it. In fact, last time we reviewed the site it boasted 650 relationships, whereas now CoffeeMeetsBagel has lost count of the testimonials, simply stating that thousands of couples meet each week through its dating application.

If you're new to online mobile dating then you can access a blog section that's kept up to date (you'd be surprised how many UK dating sites don't bother to update their blogs) and contains guidance on all things dating related. 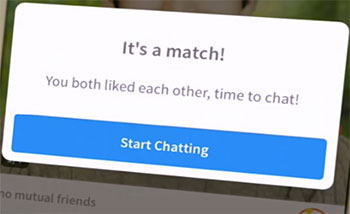 With the dating app now well established in the UK, the question for our reviewers was simple – is the #LadiesChoice premise a gimmick or something that really could improve your chances of finding love online. After all, unlike so many of the biggest dating apps, this isn't about swiping your way to romance, so could it still be effective? The premise is simple enough: every midday the guys on the app receive a bunch of suggested matches, known as “Bagels”. They have to decide whether to LIKE or PASS each option. After this is complete, Coffee Meets Bagel essentially curate the most suitable match for it's female members based on those men that indicated an interest. The women are presented with the selected male suitor and already know in advance that they are only going to be shown a man that has indicated an interest in meeting and that the app's technology believes will fit them perfectly. Make sense? Well, essentially what this means is that it's the girls who are in control on CMB because they are the ones who can make first contact. When they do, both sides already know they like each other, so the theory is that dates can be set up in a swift manner from that point without waiting to see if you 'match' or having to decide if you should chat to them online first.

CoffeeMeetsBagel has spotted a flaw in the online dating process and worked hard to create an app that exploits it. One of the main drawbacks of internet dating is the time spent flicking through member profiles and sending icebreakers or introduction messages only to hear nothing back and be left feeling ignored. We can completely see the reason behind building an app that removes this aspect of the dating game. That being said, we do wonder if 21 options for men and one only suggestion per day for the women is really enough. Our dating review team get that this is an app that's going for quality rather than quantity, but still, a little more choice surely wouldn't hurt!

Ultimately, there's a lot of responsibility on the apps ability to curate and select the best match to show the female singles each day and that means you need to trust the technology to the point that you believe you couldn't do a better job with the traditional online dating method. But if you are fed up on the standard swipe and wait set-up, this might just be the free dating app you need.

When it comes to free dating apps remember that the more you take the time to try, the more chance you have of meeting 'the one'. Have fun!