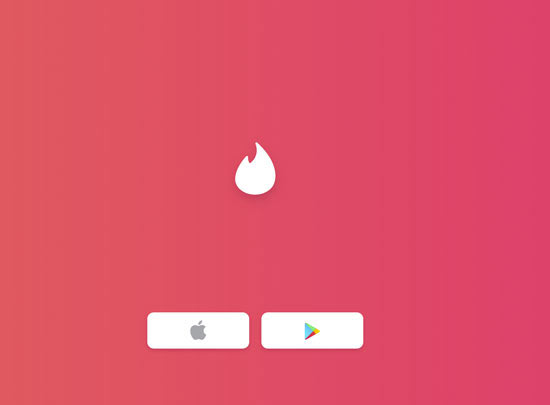 It's a simple fact, if you are single and below forty then you're heard of Tinder. Whether it's from listening to your favourite comedian, watching a summer blockbuster or just hearing about the bird your mate's been trying to pull this week, Tinder's insanely popular dating app will at some point be something you think about downloading to your smart phone.

Since being acquired by the company that owns Match (our UK Match review), Tinder has gone from being the latest fad to becoming THE 'go to' place for online daters. It's simple swipe mechanism is known by all and it's difficult to think of a similarly crowded industry where a brand has come along with a product that is so good, it cuts straight through the noise and blows the competition away.

They haven't rested on their laurels either, with new features added and the upcoming “Tinder Online” due to be launched in the UK (this lets you use Tinder on PCs, laptops and desktops rather than just mobile devices), they're doing their best to remain topical and innovative in an industry that hasn't seen true innovation since Tinder was launched in 2012.

However, Tinder is not without it's critics. The super quick sign up and general emphasis on finding someone fast relies mainly on profile images from the dating site users. As we're sure you know, Tinder doesn't expect you to take your time reading potential matches' likes, dislikes, hobbies and dreams, it's built for a quick experience and some feel this might also lead to a quick relationship. Tinder has fought hard to distance themselves from the 'hook up' culture but it can't be denied that a product that bases 90% of it's ability to find you a partner purely on physical attraction might be seen as a less reliable place to find true love than say, eHarmony, a site that forces users to fill out a personality test for before they even sign up for reasons of scientific compatibility matching (see our eHarmony review).

During our review of Tinder the feedback from our testers was that Tinder is a dating app for the modern generation. In some ways, this is a good thing – a low cost, fast, busy, fun and easy way to meet local singles on the go. On the other hand though, the romantics on our dating review team feel that it's just another example of our current reliance on instant gratification; if it takes time or effort then why bother? And this, for some, is not the approach to take when looking for a relationship online.

Love it or hate it, the fact that it's so popular means it has to be considered as part of your dating membership portfolio. The size of the member database is so big that it's almost impossible not to match with someone on the site (by both swiping to the right of the screen when seeing the suggested user profile), at which point you're able to chat to one another for free using the apps built in messaging system. The free aspect (you only need to pay for certain upgrade features such as the ability to 'Super like' someone more than once a day, but general local single searches and communication is free) combined with the way Tinder has become part of our popular culture makes this huge database it's greatest asset. After all, the way a dating site looks or works will ultimately mean nothing if there are no single people to chat to.

At the end of the day, Tinder isn't so much Marmite as it is bread and butter. It's certainly not the most high class or fancy way of meeting new singles, but it is now a staple food in the online dating feast, whether you believe you can find long lasting love on the app or not. It's simply too effective a free tool not to use now and again along with the other sites you might be a member of. Regardless of the opinions that a Tinder romance has less chance of lasting compared to a 'proper' dating site meet, it doesn't hurt to have it there on your phone, waiting in case you need it.

Remember, your chances of finding a relationship through online dating can be boosted by joining multiple dating sites. There are plenty of worthwhile dating sites for UK singles to try so get