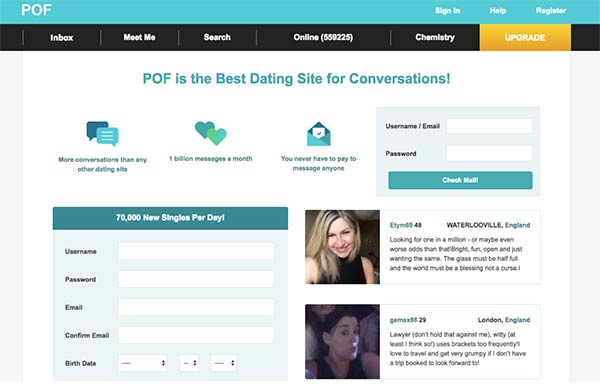 Rewind back to the first few years of the British dating boom and it was difficult to ignore Plenty of Fish. With a founder who had met his wife on the dating site and a free for all approach to helping men and women find love, POF was one of THE places to meet and chat with singles online. Fast forward to the present and there's no doubt that POF remains a top UK dating site option, but with so many more sites and free dating apps available one can't help to feel that it's been lost in the noise.

POF.com (also plentyoffish.com) went through a high profile acquisition when dating industry giants IAC (owners of both Tinder and Match) bought the dating site a few years back, with users pleased to see that the sites decision to generate revenue through advertising rather than member subscriptions did not change, meaning that both the app and desktop dating site are still completely free to use. That being said, if you wish to go beyond the standard online dating process and do things like highlighting your profile to stand out among the rest of the singles on POF, then you can opt to pay small amounts for such upgrades. The site itself is easy to use, but has never been one of the more intuitive or sleek free dating sites available. Our review team have tried Plenty of Fish a number of times through the years and the general feeling has always been that POF focuses more on substance than style. Although, our dating reviewers did note that the app looks far better than it previously did while carrying out their latest tests on Plenty of Fish.

If Match or eHarmony are the Marks & Sparks of the internet dating world, then POF would probably be the Lidl or Aldi. It's cheap (completely free dating in the UK) and cheerful, but has everything you need. It's a busy site with more members than ever and offers plenty of cool features, including a 'Hot or Not' swipe search and even a Chemistry Test, letting you look for singles in the UK that might be more compatible for you based on psychological profiling. You can send messages or ice-breakers on the site at any time for free, making it feel like the full dating experience without the recurring payments. It's been argued by some of the users that we've interviewed about POF that it's not a site that you'd necessarily own up to being on, potentially due to its 'no frills' nature. There is a perception of quality that comes with paid dating sites that is lost when you offer a free dating app (or any other service, for that matter) in the UK, but our review team can't help but feel that old fashioned British snobbery might be getting in the way of people finding a real relationship on Plenty of Fish. We accept that someone paying money to use a great dating site or app is likely to be serious, but not that someone who isn't coughing up their hard earned cash cannot be just as serious in their search for love online. Ultimately, it's a case of personal preference. If you're the kind of person that wouldn't shop in Lidl because it's cheap, then POF may not be a site you'd ever try (or admit to trying!). 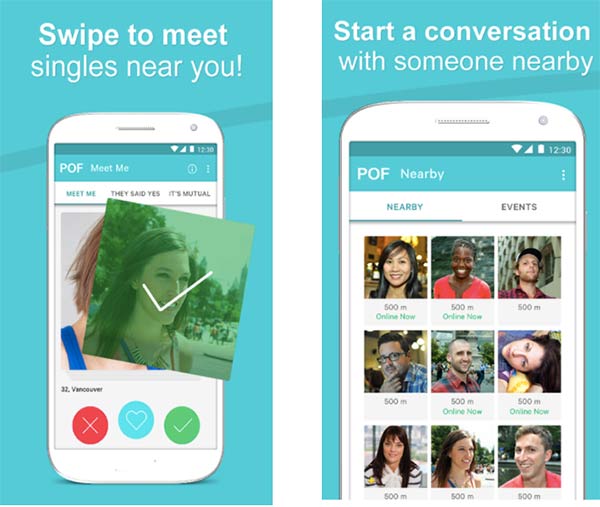 POF may not be the sexiest online dating site in the UK but when compared with other options on the British dating market, it's difficult to see why being free would make it any less efficient at finding many thousands of UK singles a relationship. The IAC acquisition has seen it improve from an aesthetic viewpoint, whether this will be enough to bring the masses in... time will tell. But as far as our UK dating review team are concerned, it's one to check out at every once in a while, if only for the large database of free UK singles.

Remember love seekers, you'll vastly improve your chances of finding a date in the UK if you try more than one internet dating app/ site. There really is no excuse for not trying completely free dating sites, and we'd suggest comparing them with some of the paid options that we recommend to help you decide what's best for you. Good luck!